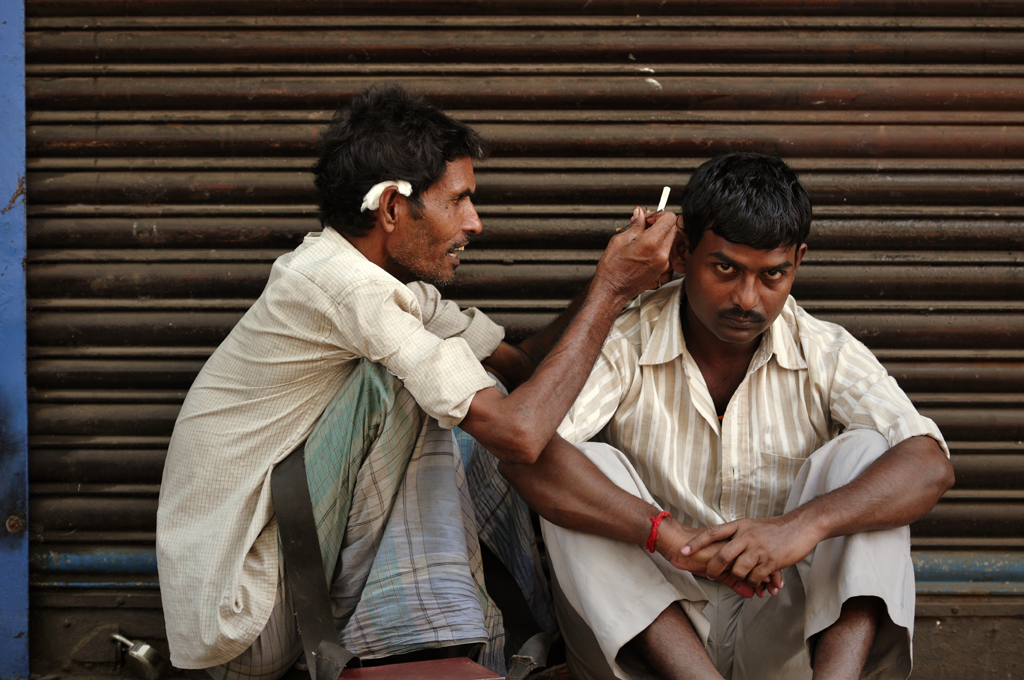 An Indian man is cleaning ears on one of his customers in the Marol, Gamdevi area of Mumbai, India.

In central Mumbai you can find the area called Marol. Photographer Kristian Bertel ventured through this area of the populous city of Mumbai, to capture portraits and cityscapes. Marol, located off the Andheri-Kurla and Andheri-Ghatkopar link roads is a part of the bigger suburb of Andheri East in Mumbai.

Marol, a part of Andheri East
Marol is a part of the bigger suburb of Andheri East in Mumbai. Marol consists of the area Marol village, Marol Naka, Marol Depot, Marol Maroshi Bus Station, Marol Pipeline, Vijay Nagar and Bhavani Nagar. Its proximity to the international airport makes it a prime business district. Located off the Andheri-Kurla and Andheri-Ghatkopar link roads, it has good east-west connectivity. The area was inhabited from ancient times, and came under the hands of the Portuguese and then the British. Marol is a major residential and commercial hub. It also accommodates the Mumbai International Airport and the famous Mumbai Metro. This has made it a favorite commercial destination because of the conveyance of traveling locally and globally. Marol is part of the address to major big and small Indian and foreign companies. 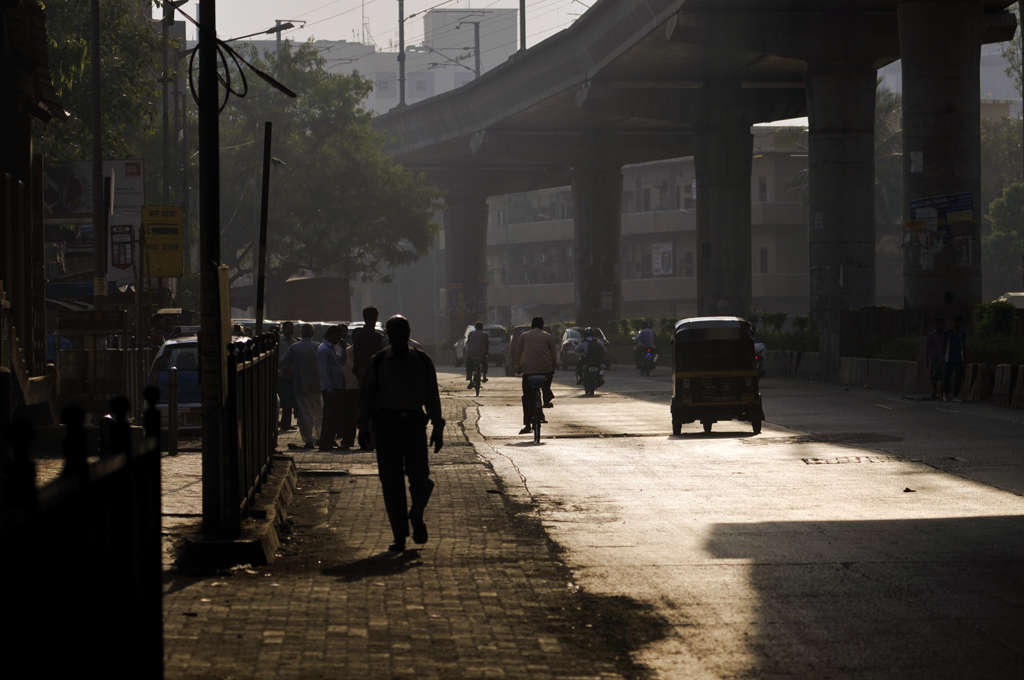 People on the street in the Gamdevi area of Mumbai, India.

Marol, a part of Andheri East
Marol is the part of Mumbai, which holds the records for maximum number of five star hotels, maximum number of flyover bridges and maximum number of residents from the aviation industry at one place. Property business in Marol is also very active. Marol is known for commercial real estate as it is strategically located close to the western express highway and in close proximity to the Andheri railway station. Marol is one of the few suburbs of Mumbai with close proximity to major railway lines - Andheri Western, Ghatkpoar, Central and Kurla, Central and Harbour. Marol along with Saki Naka and Chakala areas of Andheri east are known to be a hub of commercial properties which makes it a hub for consultants of different businesses. 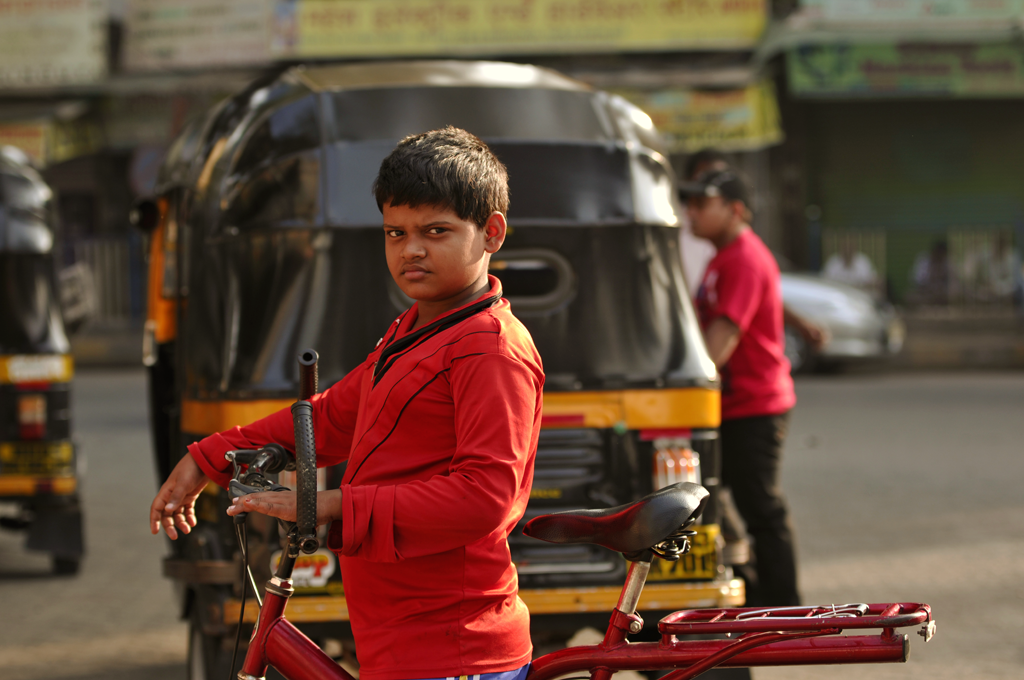 An Indian boy with a bike in Gamdevi, Mumbai.

Traveling with a camera in India
The photographer is often traveling with his camera at his side. Travel is, like for the photographer, the movement of people between relatively distant geographical locations, and can involve travel by foot, train, with or without camera luggage, and for Kristian it can be one way or round trip. When photographing in Mumbai, travel can also include relatively short stays between successive movements. 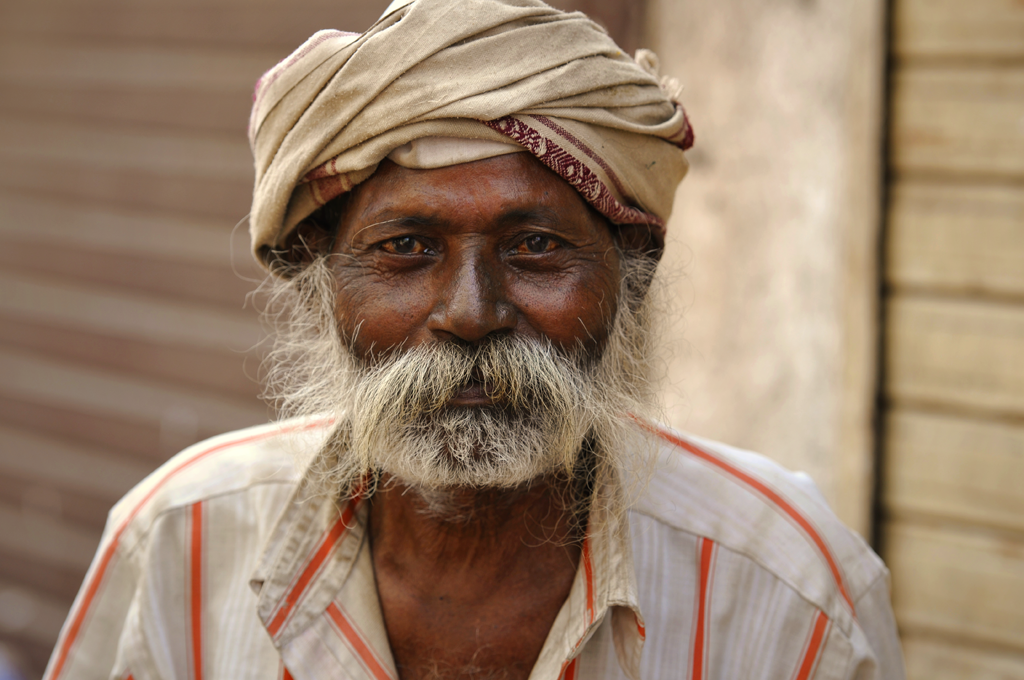 Photo of an elderly Indian man in Gamdevi, Maharashtra, India.

Portraits of people from India
Situated near by Marol, you can find the Gamdevi area, an old area of Mumbai where a lot of famous personalities like painter and authors live here. A great place to go if you are a traveler. But no matter where you go in Mumbai the poverty can be confronting like the picture of the man below. For the most travelers these poverty scenes can be something that travelers will remember for a long time. Also when they return to their home countries. Sights like these can be a good way to set one's own life in perspective. 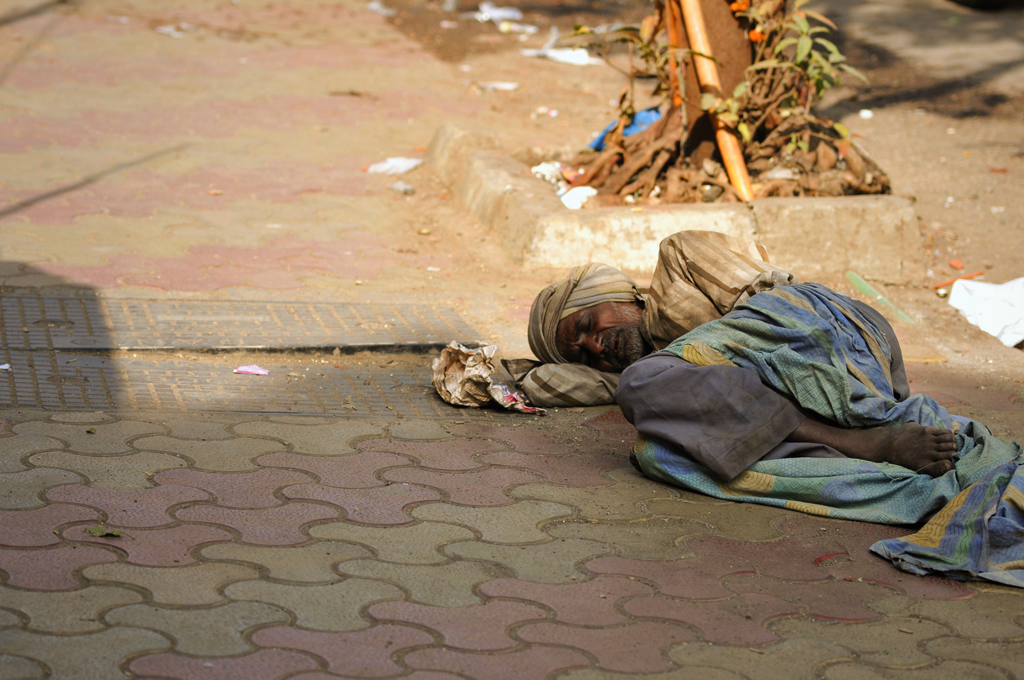 An Indian man is resting himself on the pavement in Gamdevi, India.

Pictures from different neighborhoods in Mumbai, India
The Marol and Gamdevi series of pictures is part of the photographer Kristian Bertel's travel pictures taken on his India travel journeys. Pictures that capture the adventure through the lens into Mumbai, India. The travel pictures are often hightlighting portraits of people and cityscapes of sceneries that the photographer was seing. Pictures that give the advantage of showing the city through different neighborhoods. What unfolds is a city of amazing diversity. There are few pictures without people, because Mumbai is people. Kristian Bertel is working as a travel photographer and he is available for editorial and travel assignments all over Europe, Asia, Africa and in the Middle East. For further information and inquiries please:
Contact the photographer